At the beginning, selecting some basic fly-tying tools is a common problem. There is a wide variety of prices, types, labels etc. on the market. One has to know that high quality tools must cost much, however the joy of working with them is worth the price.
Since the last several years I’ve been going through many kinds of vices, bobbins and other fly tying tools. Of course, at the beginning of my adventure with fly-tying I had been using cheaper tools, which in time I’d been replacing for better ones wit additional advantages.
If you want to begin with learning tying flies, you need to equip yourself with several basic tools: 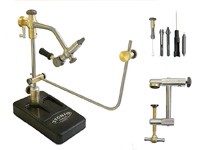 I don’t recommend buying the cheaper vices. The main problems with them are backlashes that appear almost instantly and take away all the joy of fly-tying. The most important parts in a vice are jaws (amongst other things material are made of) and their clamp mechanism. Most often – in the case of the cheaper vices – the jaws are clamped with a lever.

My personal favourites are vices with self-clamping Regal type mechanism. Of course the Regal vices are rather expensive, however the workmanship and the quality of materials being used to manufacture them are the best guarantee for their reliability even after many years of usage.

This type of vice is used by many fly-tiers because of the high working speed. For the next stage I’d recommend vices with the rotary function (original Regal is also available with this feature), which is extremely helpful in many actions. In this case the prices are staggering however the products made in USA, Japan or Italy (as in the picture above) are true masterpieces.
As always, it all depends on your wallet and the purpose. 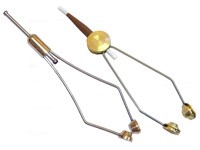 in practice it turns up that there’s never to many of them; so I often order additional one while shopping. All of your bobbins will most certainly be used either with threads, wires, tinsels or flosses.
For threads you should definitely buy a model equipped with a ceramic bead or cylinder, which don’t tend to cut the thread. Believe me, you don’t want that to happen while tying a fly. Most often such bobbins consist of arms made of two resilient wires, which need to be stretched in such a way so their strain level is proper for the thread’s spool we would like to use.
Among more expensive models I recommend checking out high quality Dr Slick bobbins, which are used by many professional fly tiers.
For me however, the best bobbin producer on the market is Merco Products – Rite Bobbins rule! I have two models: Standard and Shorty. I bought Shorty after some time and I use it for very thin threads (they only match the big 200yds spools). The possibility to set a perfect strain of the thread is its most important feature, as high quality ceramic cylinder is something obviously guaranteed. 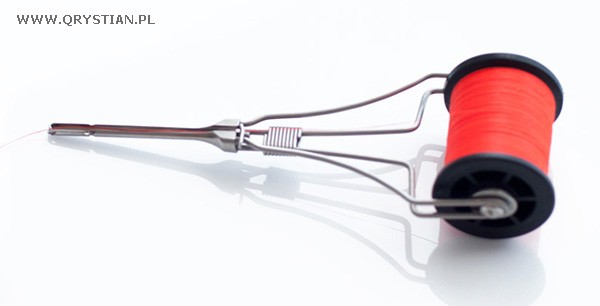 For thicker threads or wires traditional bobbins with metal cylinders are used; whereas for even thicker materials such as: silk, yarn, tinsel I recommend a bobbin with a wider metal cylinders.

these should be always sharp and of high quality since they are frequently used with most of the operations. I recommend having two pairs – one with thin blades to operate with tiny flies and another one traditional, universal, straight-bladed for other works – including wire-cutting.

The best scissors on the market, in my opinion of course is Dr Slick Bent Shaft. Very easy to pick up them from the table.

Here’s a hint: if you are tying flies using a tungsten wire, make sure your scissors are tough since the wire is very hard and will most probably damage them.

we will also use them for other actions than holding silks, wires, etc. (we sometimes accidentally break the thread and grab it at the last moment to save the situation). 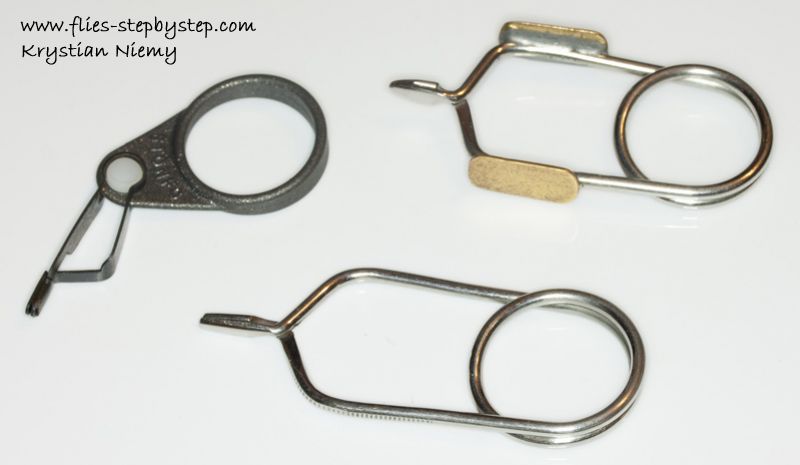 It is advisable to buy additionally – except the traditional pliers – roto type pliers, which are great when it comes to tying hackles and bodies of flies.

In order to enhance grapping properties I recommend wrapping one or two jaws with a rubber overlay.

indispensable in many situations: tying fluffy bodies, woolheads, many types of legs and hackles. Not mentioning cheaper models, many producers also offer bearing twisters (for example: Stonfo Elite Dubbing Twister, picture below).
I use it very often. 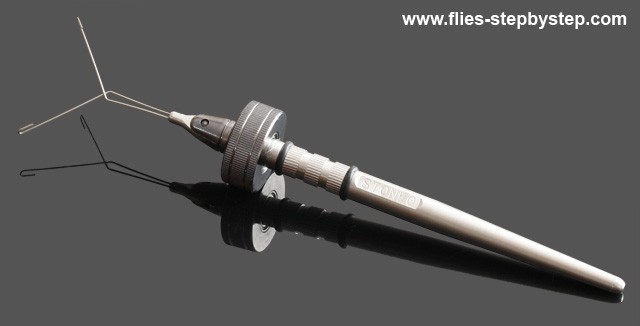 it is used for reeving threads, silks and similar materials through thin bobbin tubes. It is not indispensable, however It costs peanuts so it’s good to have one.

it is a tool used to smooth out fur (of a deer, squirrel, etc.) before attaching it. It’s extremely useful when we’d like to tie tails, wings or heads of our flies. It’s as simple as putting the fur to the stacker, gently hitting a tabletop with it a few times and that’s it – extremely efficient fly tying tool.

fly tying tool used for tying knots and finishing flies – indispensable element of every workshop.
Here I’d like to mention a Half Hitch Tool (for tying half knots), which also acts as tool for tying a line-end knot. Extremely useful for finishing off patterns, which heads are made of  deer’s fur.

it’s used for applying varnish or glue on particular elements of flies in order to strengthen them. It’s also used for clearing a dubbing of nymphs’, gammaruses’ and other flies’ bodies; also for coating and securing flies’ heads with varnish.

they are used for cutting and burning dry flies’ wings (caddisflies, mayflies) and also for strengthening bodies and other parts of various fly imitations (grasshoppers, ants, and other insects) made of different kinds of foams. 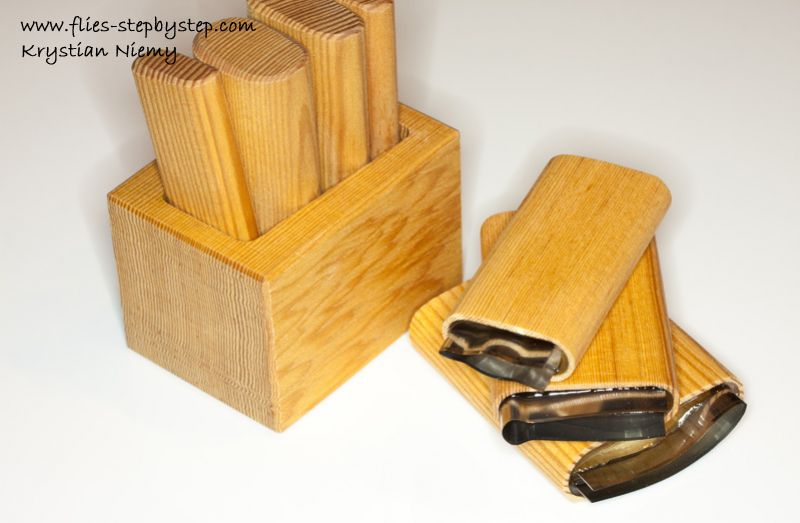